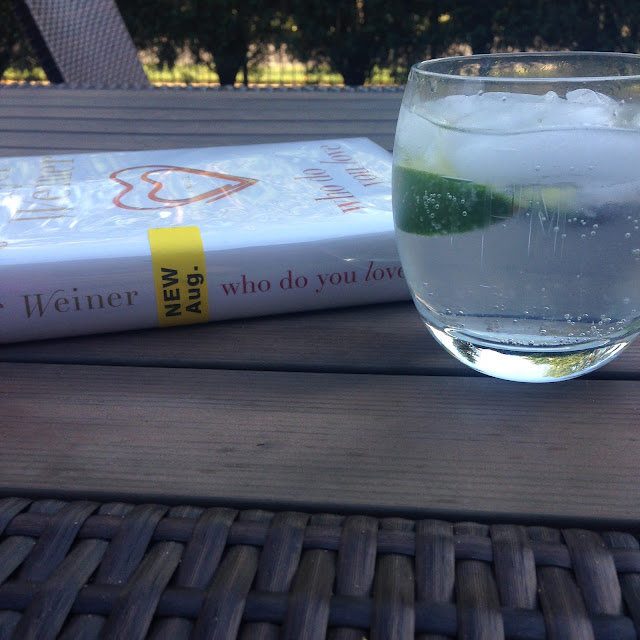 I made myself a G&T for the last Saturday evening before school started and had a few minutes to sip and read (Jennifer Weiner's latest) before it was time to start dinner.  Glorious. 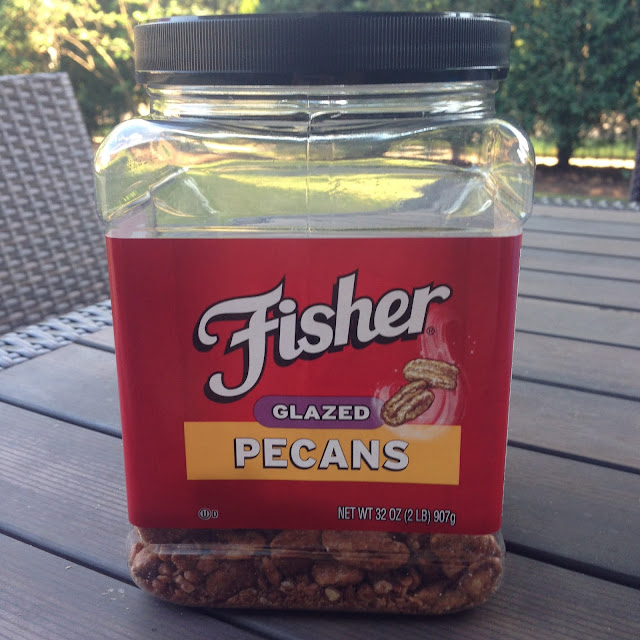 I saw these glazed pecans at Costco and said to myself, "Well, wouldn't these be lovely in a salad with some strawberries and soft cheese."  And then ... I loaded all of my Costco purchases into the back of the van except the pecans.  The pecans sat shotgun.  I went through the McD's drive-thru for a DC and the rest is history (or will be soon -- note the shadow just under "PECANS").  Delicious.

Posted by booksandcarbs at 8:07 PM No comments: 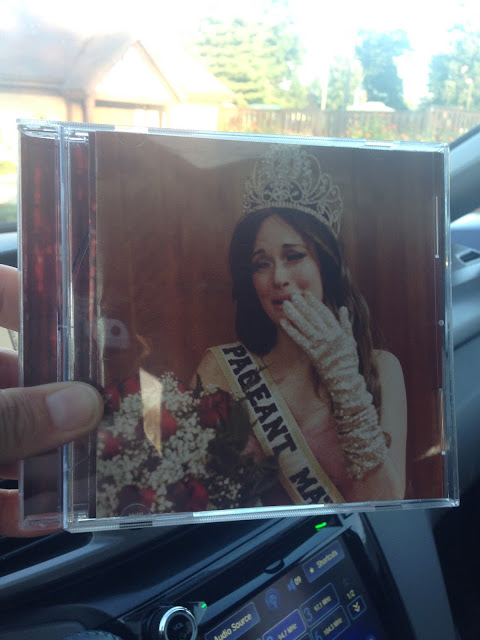 We spent the first month of summer desperately trying to find the song "Biscuits" on the car radio after being introduced to its quirky cool lyrics and great message by my sister Lappie.  Never once heard it on FM radio or on any Sirius country station.  So, we bought Kacey Musgraves' new album, Pageant Material, over Fourth of July.  The CD has been pretty much on repeat in the Odyssey ever since.  "Biscuits" is our favorite track, followed closely by the single "Pageant Material."  I love hearing my 9, 7, and 5 year-olds belt out the words and attempt to give themselves a little twang.  "Biscuits" does have two "bad words" in it.  The kids know what they are and know they're not supposed to say them.  We entertain ourselves replacing them with more innocent alternatives.

The other day, we tried to recall our summer songs for the previous few years and did pretty well.  We could go back to 2010, the first year we were rolling in an Odyssey.  In the pre-Odyssey years, I think we mostly rocked out to various Music Together Collections (Fiddle, Drum, etc.) and to a Wiggleworms album.

If I keep track of our songs of summer every year, I can someday make my kids a cool Odyssey playlist (I almost wrote mix tape and then thought, no CD, and then thought, there probably won't be CDs years from now when I want to give them this sort of sentimental gift).

Here's the Summer Soundtrack: The Odyssey Years ... at least so far:

Any time I hear these songs, I hope I will think of wet bathing suits, sunny days, and sweet kiddos in booster seats behind me in the van.  I hope my kids will have the same happy memories and that even years from now, possibly in a vehicle that is not a mini-van, we will still belt out the songs from our summer soundtrack.

What are your songs of summer?


Posted by booksandcarbs at 9:18 PM No comments: